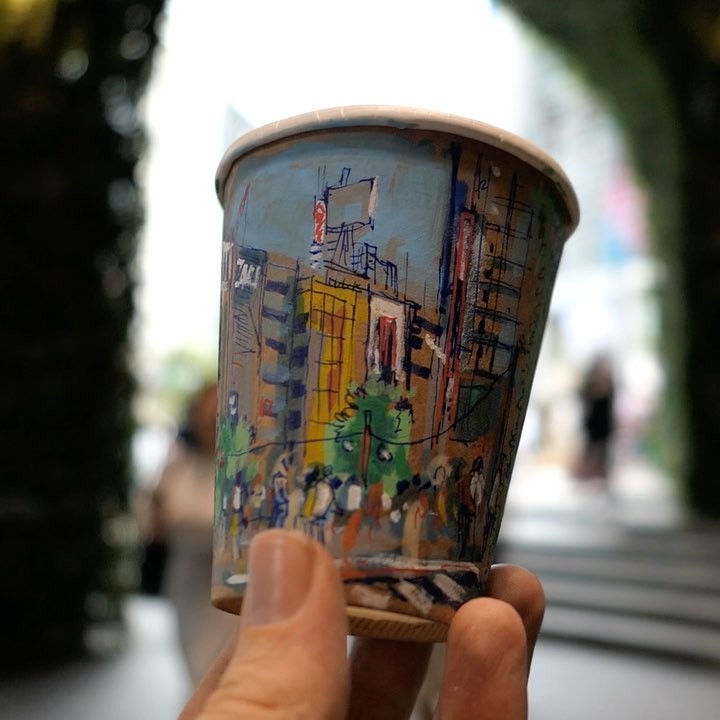 Instead of throwing away his cup of coffee after finishing it, he likes to colorfully sketch the surrounding panorama with every little detail on the paper cups. Adrian Hogan has been living in Tokyo since 2013 and was fascinated by the energy, culture, and people of the city ever since he landed off the plane. According to Hogan, there is a lot in Tokyo that inspires him to draw and capture the world around him. He sketches moments and surroundings inside coffee shops, train stations or on the streets of the city everyday.

Check out some of his 360 sketches in the videos below.

Hogan draws other sketches too, which are just as impressive as his 360 ones. You can check out more of his artwork on his Instagram profile @adehogan.