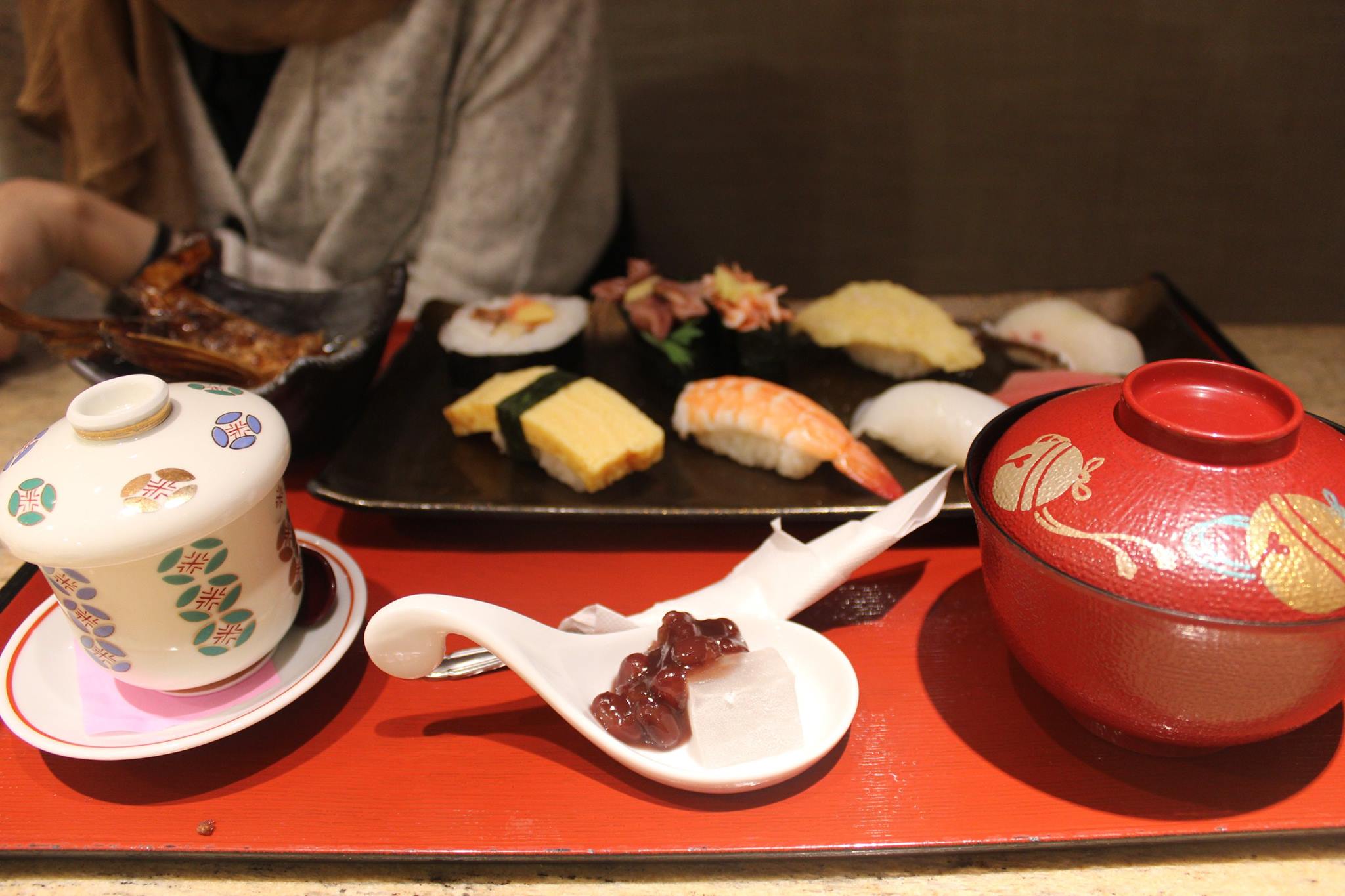 It’s the beginning of the month and your salary card health is restored to 100%, now what a golden chance to go spend it all on a sushi outing, the one you’ve been craving for quite some time. Through the past five years, Sushi has evolved from being a bizarre form of food, into a trendy cuisine, leading into a widespread collection of sushi restaurants all over town.

But is it turning into an expensive junk meal? Well, we need to stop for one moment, and take a look where this cuisine is originated, it turned out to have a big story behind it, in fact it is not just a cuisine, it’s a culture!

So let’s walk into a journey inside a traditional Japanese Sushi-Ya, which means sushi shop in Japan.

Yes, it starts even before you enter the Sushi-Ya, you will be blocked by a short four piece cloth which they call “Noren”, when entering you have to open the curtain by the back of your right hand, and you place it with 45* 3 inches above the corner of the 2nd cloth from the left, then peel open. If you arrive around 30 mins before closing time you need to ask politely “are you still open?”, if told yes, you need to make a hand sign with the no. of people in your group.
If you’re alone, you need to show a little bit of shyness and make the sign with your index finger.

In a traditional Sushi-Ya you sit on a counter not a normal squared, or round table, before you sit you need to ask the person sitting in the chair next to the one you’re picking if you may use it, this is considered being polite to avoid embarrassment if the chair is already taken; The question should not be asked to the chef, or any of the employees, it is considered rude. Well you may start ordering now, direct from the “Taisho” which is a respectable way to call the sushi-chef; you may ask the Taisho about the items you lack knowledge about in the menu, he will be happy to help. Funny thing though, if you’re the one who’s pouring you should keep saying “ma ma ma ma” which implies more more more; and the person who’s being poured to should say “oh tot tot tot” which means enough enough ^_^, this always ends with a goofy laugh.

Now after you’ve finished eating, you should reserve a place in your stomach to ask the Taisho if he has any recommendations, for two reasons, first it’s considered a nice gesture that you like the Taisho and would like him to treat you nicely as well, Second, there are items that are illegal to be put on a menu, you won’t find out about them unless you ask this question. Ah and btw, Sushi in japan is served on Japanese sandals “Geta”, however no worries, it’s well cleaned and sterilized; now a very bizarre information, in Japan, people’s feet smell like vinegar, now you know the reason why. Try to forget this paragraph anyway lol

It’s time to leave and you want the bill, you should make a sign with both your index fingers making a cross near your chest. If you are entitled change of money back, you will be given a piece of paper for refund; yes you’re not getting your money today, it is considered cheap to ask.

When Leaving you need to say the food was lovely, even if it wasn’t, and mentioning that you’re coming again is a must – nas tayebeen awi ya khal 😀

Bizarre information no. 2: a small pot of salt is left outside on the floor, for u to take licks with your index finger if the soy wasn’t enough for you. Japan ladies and gentlemen, the planet of perfection, pride and tradition, they do all the above with love and passion, it’s not just a meal to fill in the spaces, it is the art of sushi, for the love of sushi..