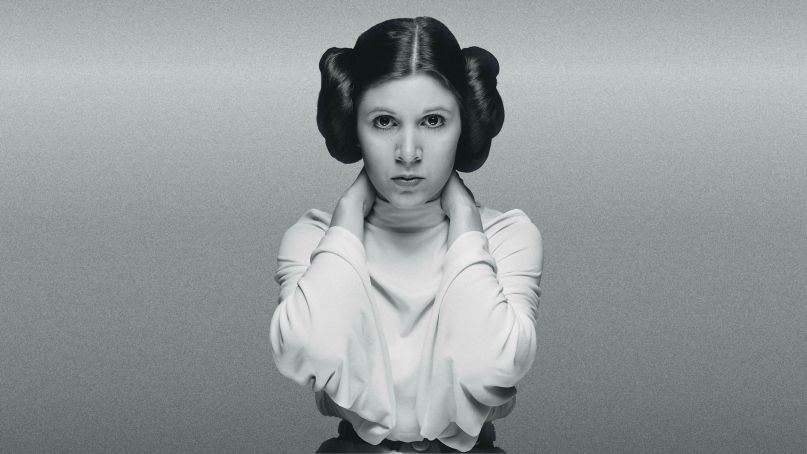 Whenever anyone mentions the name Carrie Fisher, one of the most popular and iconic roles she’s ever played seems to always come to mind. The heroic Princess Leia. She’s every Star Wars fan’s dream; they may all even have a poster of her in that iconic bikini on their wall.

But who was Carrie Fisher? Other than her role of princess Leia in a faraway galaxy? It seems like this was all what was thought of her; a fictional character. It’s a blessing in disguise, gaining fame and fortune is a blessing but always being remembered by one iconic role is a curse. Take Daniel Radcliffe for example; can you even think of all the theatrical work, movies and TV shows he starred in other than the world’s most popular wizard Harry Potter?

Following a tour for her new book, she suffered a heart attack on the plane and was soon pronounced dead on December 27th, 2016, she was 60 years old. The world was struck with sadness as a beloved and talented actress was gone.

Fisher seemed to have lived a whole other life than what’s perceived on screen. She has battled drug abuse, addiction and was suffering from bipolar disorder. She was in the midst of her drug abuse on the set of Star Wars “The Empire Strikes Back” when she realized that she wasn’t fully the one making the choices for herself.

She has traveled a long road of sub-rarity. She wrote multiple books, fiction, and nonfiction, about her struggles. The most recognized by the bunch was “Postcards From The Edge”, released in 1987. A semi-autobiographical novel that speaks about her struggle with addiction in Hollywood. Fisher herself adapted the book into a movie by the same name, which was released in 1990. However, she did not star in the movie as she thought she already played out the main role in her real life.

Her latest book was a memoir “The Princess Diarist”, was just released shortly before her death in 2016. The book is based on the diaries she wrote while she was filming Star Wars, amidst the drug abuse, her affair with her co-star Harrison Ford and her journey to stardom.

She has appeared in numerous movies; among the Star Wars franchise, of course, TV shows and video games.

Here's a list of memorable movies she starred in:

This article can be viewed as a tribute to an icon. Who has suffered, fought and taught others to never give up and that there will always be a way out. In a galaxy far far away, you’ll always be remembered. RIP Carrie Fisher.