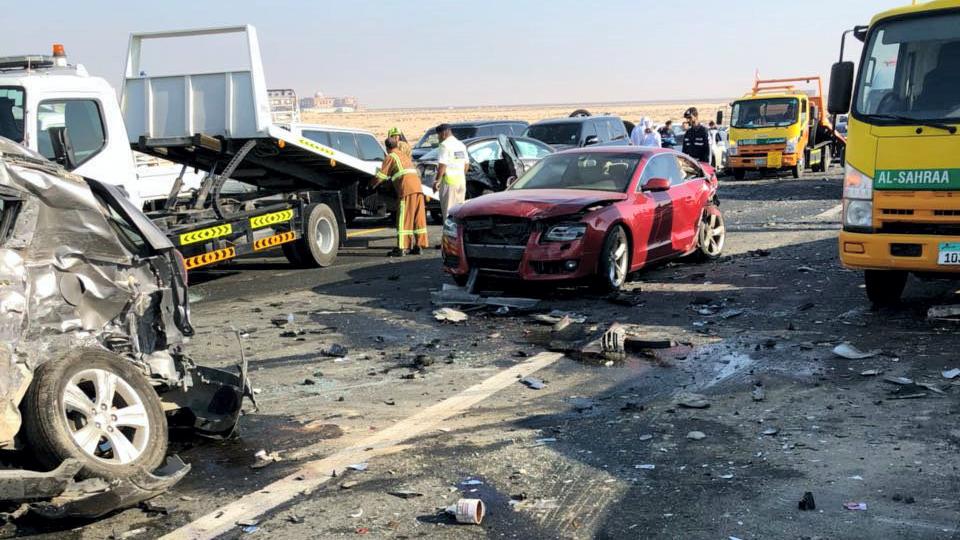 Lemony Snicket once said: “Fate is like a strange, unpopular restaurant filled with odd little waiters who bring you things you never asked for and don’t always like”. Fate is always on its feet, changing our plans and surprising us with different outcomes that we may or may not like. However, we can’t blame everything on fate, we can’t go on not doing the right thing or what we should be doing and then say “This is fate; there is nothing I could have done to stop this”.

There is a very thin line between fate and human error. Fate is inevitable, you can’t change it; and human error, when corrected, can completely change the outcome. But here is the thing, sometimes it is too late to amend human error, and we cannot foresee fate. So whether an accident is an inevitable fate or the outcome of someone’s reckless driving will stay a mystery.

Yesterday, a horrific accident took place on Sheikh Mohammed bin Rashid Street (Abu Dhabi-Dubai road). The initial cause of the accident was the low road visibility caused by the fog. Eventually, 44 cars crashed and 22 people were injured. After investigating, the police claimed that the accident could have been minor, but drivers did not follow safety rules when driving in such circumstances. For instance, drivers did not leave enough space between their vehicles and the vehicles ahead of them, which made it impossible to avoid crashing. Moreover, the police in UAE has been warning people about the heavy fog and emphasizing on the importance of following safety rules while driving in the fog. But unfortunately, people do not always abide.

Whether this accident was people’s fate or based on human error will stay unidentified, the police will blame it on reckless drivers and people involved in the accident will blame it on fate. However, the fact remains that 22 people were injured.

There is no such thing as being too careful, safety comes first; yours and others. Always be careful when driving under any condition, you are not alone on the road; there are other people with you, other families and loved ones. Do not risk your life and others’ because you are in a hurry or you like the thrill of driving fast. If it is up to fate, then it will happen no matter how careful we are, but let us hold on to the small percentage that it might be a human error, and make sure we do everything we can to prevent all unfortunate scenarios to ourselves and to those around us.

Our hearts go out to those who have been affected by the tragic accidents and wish them a healthy and quick recovery.