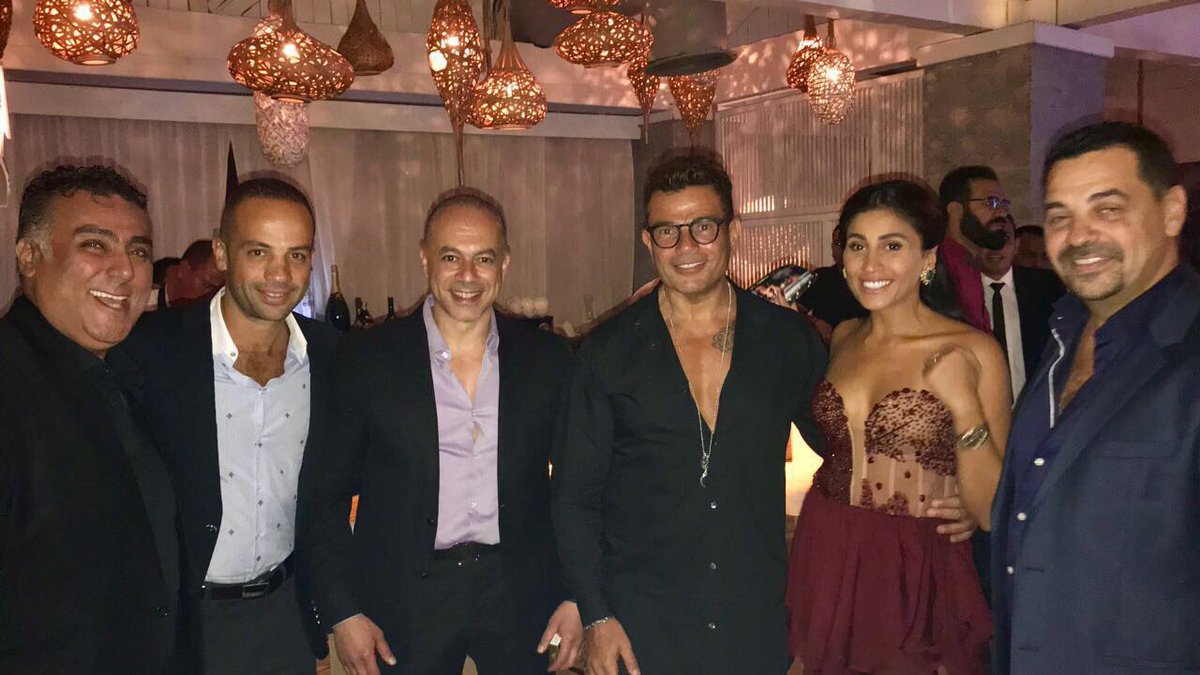 For many weeks now, maybe months, rumors have been circling around Amr Diab and Dina EL Sherbiny being potential love partners. With more and more footage of them surfacing, and that one song we all know about from his new album, the bets were off and everyone was semi-certain that they were together. Lately Diab and Sherbiny are becoming more open about their relationship, and don’t mind being seen together in public more often. Last night, images and videos of them together at his birthday party, which she threw, surfaced and went viral. The couple however did not state anything on neither their social media accounts, nor any other means of media, which is provoking to many of Amr Diab’s fans. One image in particular amassed many comments, where he stated that he was with the crew of his new upcoming movie, while holding Sherbiny, where as you would imagine, the internet lost it.

We Egyptians are excellent in expressing ourselves in comics, and below, we have gathered some of our most favorite comic and hilarious reactions to the picture.

Check out our favorite reactions below:

And our top favorite goes to..