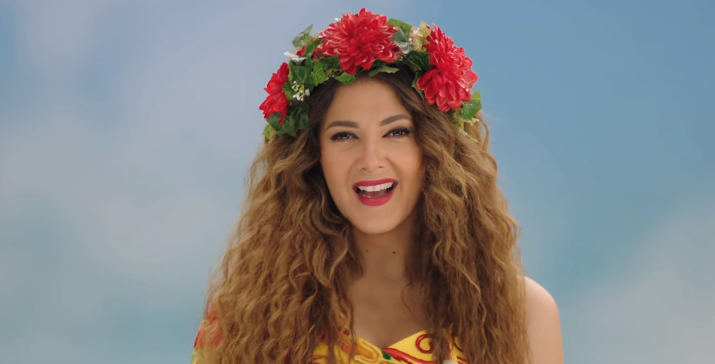 There’s no need for a long introduction about Donia Samir Ghanem. Her short, yet not trivial, history in acting has proved case in point. She proved herself and her talent since she was a little child and now, she is one of the most well-known actors. Although it’s easy to say that Donia might have taken advantage of her parent’s fame or maybe didn’t work as hard to prove herself, her talent for both acting and singing had her skyrocketing through her career in a very short time. Donia’s roles have been mostly comedic, with a few other genres added to her line-up, it seems that Donia wants to follow her father’s footsteps. Evidently, introducing the new light comedy TV series “Fel La La Land”.

Is “Fel La La Land” what the audience expected from Donia Samir Ghanem this Ramadan?

For the past couple of years now, viewers have been keen as to see what Donia could be cooking for this year’s Ramadan. Starting from “El Kebeer Awy” which was a huge success for many years, till her last project with her sister “Nelly W Sherihan”, Ramadan 2017 wasn’t so different where she starred in “Fel La La Land”, which is sadly a repetition. The series is about some passengers, who survived a plane crash and find themselves at an isolated island. Donia Samir Ghanem plays the role of a woman with amnesia.

In the few last projects, Donia has played similar roles. Either the role of the posh and classy like in “Nelly W Sherihan” and part of “Teer Enta Movie”, or the exact opposite, a hilarious local woman like her role in “Lahfa” series, part from “Teer Enta” movie and continuing in “Fel La La Land”. Whether in movies, series, or TV ads, Donia always plays either one of those roles with nothing new or different.

She is, no doubt, one of our favorites and we’re big fans of her talents, but we want to see more of her. We want to see her get in touch with different sides and parts of her.

Maybe “Fel La La Land” has grossed high viewing rates, but that doesn’t necessarily mean it is successful in terms of authenticity and originality. Donia is an amazing actress with many talents that suit her perfectly and she surpasses a lot of her co-stars in her talents, and for that reason, she needs to be more picky in choosing her roles, for a richer career and a happier audience.

We wish nothing but success for Donia and we foresee more successful projects that showcase more of her talents in the future.