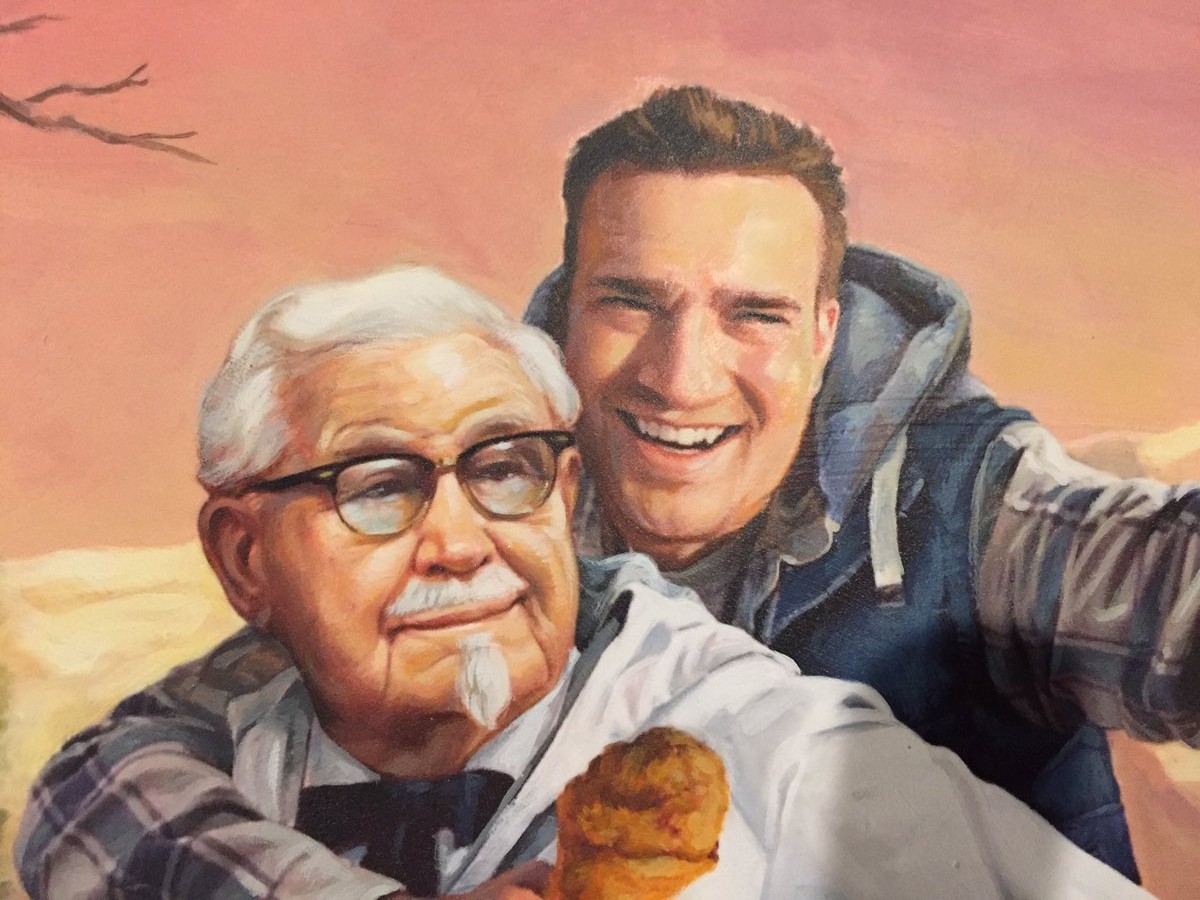 Mike Edgette was a normal PR guy, who noticed that KFC is following 11 people only on Twitter while they are being followed by 1.23 million users. Suspicious and curious, he wanted to know who those 11 people were. Little did he know, he was making a huge discovery that will break the internet. Thinking that these 11 people would be restaurant executives, Edgette was surprised to find that they are actually 6 guys named Herb and the 5 Spice Girls! Edgette felt that he had to tweet about it and let it out to the world, without any intentions whatsoever of going viral.

The tweet got the internet’s attention in no time. It went viral on all platforms, and eventually led KFC to actually reply back to Edgette, foreshadowing a surprise.

2 weeks later, the surprise arrived to Edgette’s doorstep. A painting of him being piggybacked by the one and only, Colonel Sanders, while holding a drumstick in one hand, and pointing away at something with the other. That was not it, though! Edgette also received 52 gift cards and a witty thank you letter.

We wonder how long did KFC wait till someone figured it out! They were probably just as excited as we were. Maybe baffled that it took us this long, and no body had noticed it sooner, but it eventually paid off. Making them look like the coolest and wittiest fast food chain around.

We need to pay closer attention next time.