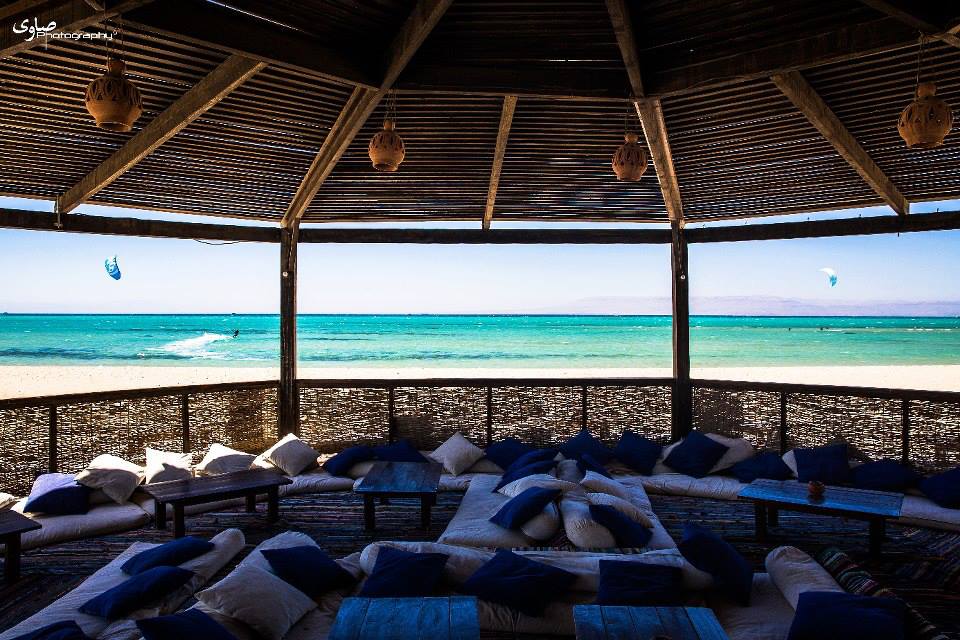 Fresh out of the simple touch of a send button, the news about one of Ras Sudr’s most popular kite surfing sites, a youthful camp has just been demolished; torn down to nothing, as the wind blows away the straws that were used to make beautiful huts overlooking the sea.

People are heartbroken, even more so when the official page of Kiteloop publicly announced that its six-year long journey has gone to waste. There are two sides to every story, sometimes three or four. But you’ll never really get the juiciest details from one perspective, right?

The founders of Kiteloop have publicly announced that the main reason behind the government’s decision to completely destroy the camp was because of some legal issues with the main owner of the land, being unable to pay the fees. Kiteloop has gone heads over tales in order to solve this problem, even going to the solution of just paying the full rent themselves. Sources say that the main owner has even agreed to these terms, and asked for the government’s approval. But that all happened just a bit too late.

By the 22nd of May, Kiteloop was no more. But it also happens, that Kiteloop was celebrating its sixth year anniversary with a big bang. Just last weekend, they held a big party titled ‘Vibes’, which apparently everyone in Egypt knew about and had everyone’s buzzing.

Sources that attended the party have said that it wasn’t just a 7 to 1 kind of party. It lasted for days, with loud music on every second, the main road trafficked with parked cars. All of which are matters that aren’t really accepted in, if you’d call it, the ‘culture’ of Ras Sudr.

If you’ve ever been, the environment of Ras Sudr is pretty peaceful and friendly. You may call the destination a bit of an early bird, as the camps or hubs dim lights by nine pm, signaling that it’s time to sleep. So with all the ruckus going on in the neighboring camps, there might have been a complaint or two here and there.

So, a spring break inspired party was held over the weekend, possibly going against some rules issued by the authorities, and two days later, a governmental notice comes up and the camp is demolished. Coincidence?

It needs to be understood, that this is a big loss. It’s sad that something that has been promoting tourism in a country with a failing economy disappears with just one word. But there’s only one small piece of the puzzle the media is feeding you, so how can you base your opinion on something you have only a limited percentage of information about?

It is highly unlikely that one will ever know the true details of what has happened and who’s faulty, all we know is, it smells fishy. Pun intended.