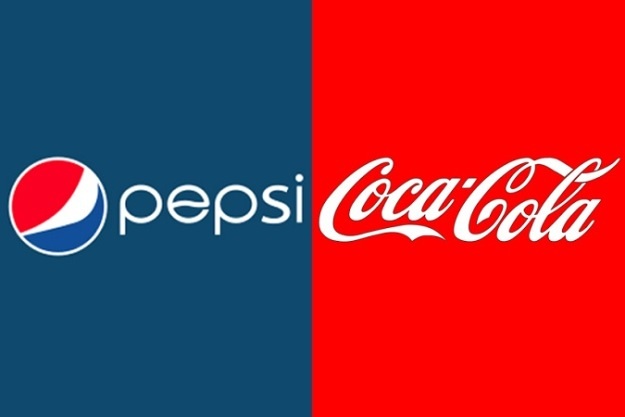 Egyptians have been waiting for this time for a while. When it’s finally our turn to play in 2017 Cup of African Nations, everyone wants to show their love and support to their country. Even brands, they start doing campaigns using smart marketing tactics to support and cheer for Egypt. There are many ways for any brand to start a new campaign to cheer for Egypt to win.

At this point, brands which look alike they start competing with their campaign ideas and they see which campaign went viral and more successful. We all know the two famous brands that have been competing since centuries; Pepsi and Coca-Cola. This is just a sample that went viral years ago showing how the two brands compete.

In this ad. Coca-cola chose to show “Pepsi can” wearing a red smock like a hero with a simple caption saying “Everybody wants to be a hero” referring that Pepsi wants to be a hero like Coca-Cola. Everyone at that point waited for how Pepsi will reply. Simply Pepsi nailed it with their response using the same visual.

No doubt, they have been competing for a long time, especially when it comes to campaigns and advertising. In fact, 2017 Cup of African Nations is taking place this month. Let’s see how these two brands launched their campaign ideas, and afterwards, how Pepsi simply responded to Coca-Cola’s campaign concept idea.

In the mid of December 2016, Coca-Cola posted a video that promotes cheering for Egypt that motivated everyone to start wearing Egyptian t-shirts instead of any other with the hashtag تيشرتك_علمك#

In this video, they used many well-known public figures with Egyptian football players. Coca Cola used the emotional appeal in this campaign. As a matter of fact, this appeal has worked on creating more trust and loyalty between consumers and the brand.

Coca Cola didn’t even stop here. Actually, they posted another one presenting achievements of the campaign, in addition to mentioning that they changed their bottle design to the Egyptian flag.

Till that point, “Pepsi” was so quiet. Definitely Pepsi was preparing a good thing in the kitchen. It also used the emotional appeal in this campaign, as well as famous football players mentioning that it’s not the time for some competition and they will start by themselves by converting their bottles to red as well for the sake of Egypt. Pepsi was just so quiet for a while to surprise everyone. Although it was emotional, the video has got some negative feedback from the audience as they though that there’s no creativity and that Pepsi is just copying their competitor’s idea.