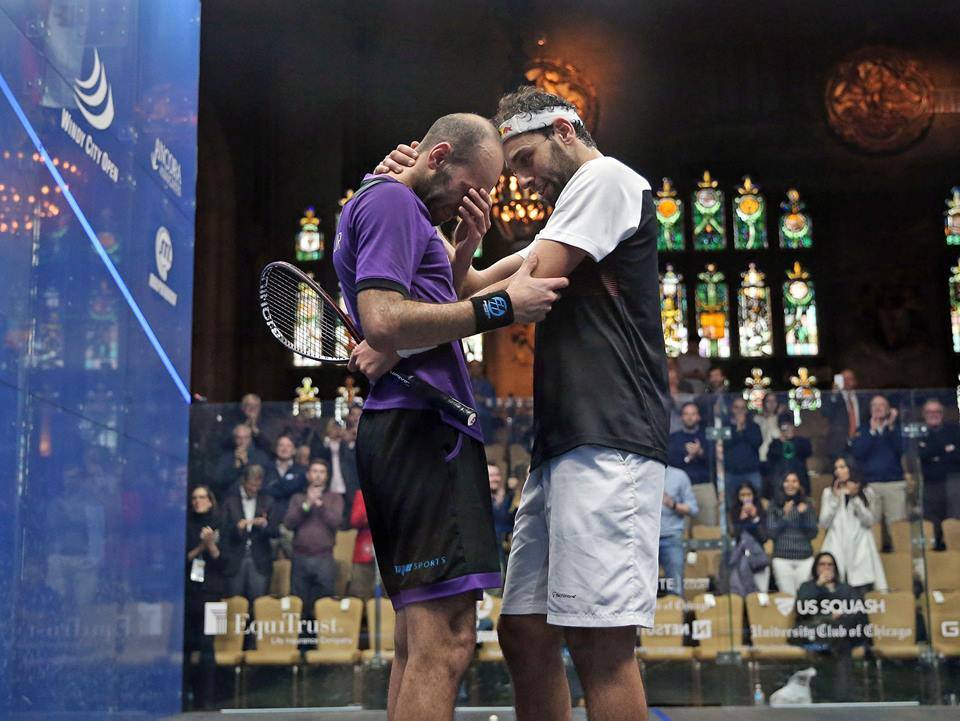 Movie Makers are fond of true stories and they get their inspiration from real life events, twist it a little and make it into a movie. Sometimes, the tales being told are so far from the truth that it’s hard to see where the legitimacy ends and the lies begin. In other cases, the stories exceed the cinematic plots. With that in mind, may we humbly suggest two stories that happened this week?

Out of the squash court

Mohamed El Shorbagy, the world’s number 1 squash player and his brother Marwan El Shorbagy, the world’s number 6 player were playing against each other in the quarterfinal of the 2017 Windy City Open Squash Tournament. Their mother didn’t have the guts to attend the match at the court; it was too hard for her to choose one son over the other, so she watched at home. With an incredibly touching ending, Marwan, who won his elder brother couldn’t help his tears and both embraced in a long hug.

A legendary scene that we don’t see every day with mixed feelings and indescribable emotions. It truly deserves to be documented in a movie.

Here's to the ones who dream

Emma stone, the best actress winner in the Oscars revealed since 2012 that she has a secret crush on Leonardo DiCaprio ever since Titanic and she even watched the movie more than seven times just for him.

Ironically her ultimate dream came true and Emma received her first Oscars from Leonardo on a movie about “dreams”.